I get a lot of questions asking about the flight crew life and how to apply for this job. I decided to write this article and I hope it helps any of you who are interested in becoming a flight attendant. This article is based on my experience with my airline so this could be different from other airlines. Fair warning, this job is not for the faint of heart.

Are You Willing to Change your Lifestyle?

Sure free flights and hotels sound amazing, but it’s not all flowers and rainbows. The most important thing to ask yourself is, are you willing to be away from your loved ones? Are you willing to move or commute and wait on standby for flights? Are you going to be ok with dealing with different time zones or jet lag? How will you react to meeting all kinds of people who may not have the same values as you?

You will also be dealing with the general public. This is great for those social people who have no problem being an authority figure. Remember, flight crews here primarily for your safety. You have to be willing and able to evacuate a whole plane in an emergency or evacuation. You have to be willing to give orders and be confident enough so people listen to you.

There were 2 interviews when I was going through the hiring process in February 2016. I had done a lot of research on Glassdoor. After I sent in my application, I was sent a personality test. After that, I received a request for a video interview where questions were displayed on the screen. I was then offered a face-to-face interview in San Francisco, CA.

At that interview, I was offered a conditional job offer and filled out some paperwork. Then the company requested a drug test and authorization for a background check. After a couple of weeks, I was given my training date in Houston, Texas for the following month.

All in all, it was a very fast process. The training lasted for 6 weeks. I found out during my training where I was going to be based. 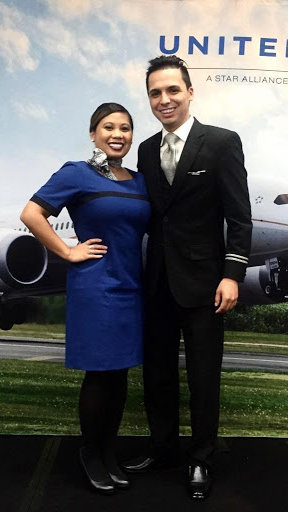 United Airlines bases include the east and west coast USA as well as a few international bases. I was based in Dulles, Virginia right after training in May of 2016. When you first start, you are on reserve which means you’re on-call. Then you have a minimum guaranteed hours per month that the company has to pay you whether you get called in to work or not. This is how the reserve system works for United Airlines.

When you are senior enough in your base, you are then able to hold a line, which basically means you can create your own schedule. Seniority in each base varies. 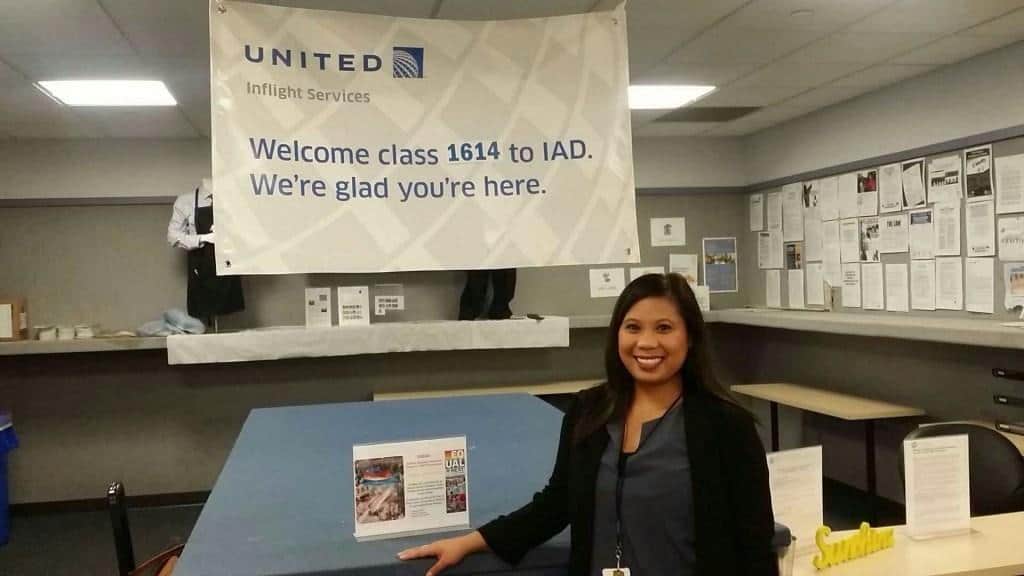 My first base, Dulles Airport in Dulles, Virginia!

Living in Base While on Reserve

In training, the company recommends that you live in your base since you’re on-call. Some people do commute from their home town to work whether or not they are on reserve. This can be difficult since you don’t know if and when you’ll be called into work.

Also, our flight benefits are standby only or you can purchase a discounted ticket. Standby means you are on a waitlist for the flight you’re trying to take. Basically, you are competing with passengers who are trying to take an earlier or later flight or passengers from another airline who are moved to that flight (revenue passengers).

You are also competing with other employees with your airline (non-revenue passengers). This can include other flight crew personnel like attendants, pilots, mechanics, corporate employees, and their friends and family, etc.

This can put your job in jeopardy if you’re trying to commute for your shift the day of. If you must commute on reserve, I recommend flying in the day before at least and just staying in a crashpad or hotel.

Waiting standby for flights. My flight benefits include being able to fly standby on tons of different airlines. 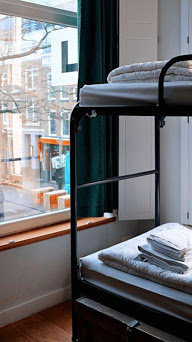 This is basically what it sounds like, a place to crash. These are usually apartments or houses that are set up with bunk beds in each room. For a few hundred dollars a month, you can pay to stay at these places with other flight crew personnel, sometimes from different airlines. It’s basically a place to stay for when you’re on reserve or you commute and you don’t want to have to pay for 2 places.

I stayed in a cold bed crashpad in San Francisco for about a month. I realized even though I wanted to save money since rent in the city is insane, I’d rather pay more to have my own space. The crash pad life worked for me for that month because I was on-call and on my days off I visited my fiance in Los Angeles.

It’s like staying in a college dorm as far as sharing rooms. But in my opinion, I just wanted to have my own personal space.

Like I mentioned earlier, your schedule depends on if you’re senior enough in your base to hold a line. If not, you’ll be on reserve. In the beginning, everyone is pretty much on reserve. If you transfer to a more junior base though and new hires keep coming in, you get closer to being able to make your own schedule.

I was on reserve for 3 months in Dulles when I first started. When I was senior enough to hold a line, (which was amazing I was able to hold one only after a few months) I moved to New Jersey in my uncle’s house and picked up trips out of Newark airport.

I transferred to San Francisco in April of 2017.

My Transfer Request to San Francisco from Dulles

Your transfer request to other bases is never guaranteed. You can put a request in, but it’s up to the company’s operational needs that your request will be approved.

Pros of Being on Reserve

The perks of being on reserve are if you live in your home city, then you can just be at home while being on-call. You also get a minimum guaranteed hours monthly whether or not you’re called into work. This is great for people who don’t need to work full-time, have another job or go to school.

Cons of Being on Reserve

The cons are obviously not knowing when and if you’re working. You also don’t know where you’re going to work until the day before your shift or even the day of.

Pros of Being a Line Holder

The perks of holding a line are obviously being able to build your own schedule. You have to keep a certain number of minimum hours though to have your health insurance benefits.

Cons of Being a Line Holder

Basically you have to work for your money. There are no minimum guaranteed hours of being a line holder.

In training, you are told where you’re going to be based. The company allows you to build a dream list of the bases you want to work out of. But, ultimately the company will decide where you will go based on operational needs for flight crews.

You can always put in a request for a transfer to another base. However, this does not mean it will be approved. Base transfers are awarded based on seniority and if the company is looking for flight crew to transfer to that specific base. Where you are chosen to be based is non-negotiable.

Your Dream Base is NOT Guaranteed

During the application, interview process, and training, the company constantly reminds you that you are going to be based where flight attendants are needed. Your dream base list is not guaranteed. Obviously, this is a big factor to consider if you are wanting to become a flight attendant. No matter what airline you apply to, you have to consider the fact that you might be moving.

My training was for 6 weeks in Houston after receiving the conditional job offer. I believe the company has now changed it to 7 weeks. Training is no joke. It was 6 days a week for 8-10 hours a day. We learned the ins and outs of the different aircraft types, equipment, safety, security, and emergency evacuation procedures. As well as basic CPR, fire fighting procedures, and service flow.

If I remember correctly, you can only go below 85% on a test twice during the whole training period. If you scored less than 85% a third time, you were let go. There were tests every week. Remember that this job is not just a service job, but that safety is the priority.

It sounds like all fun and games jet setting across the world with your flight benefits with your friends and family, but it’s not as easy as it looks.

Pros and Cons of Being a Flight Attendant 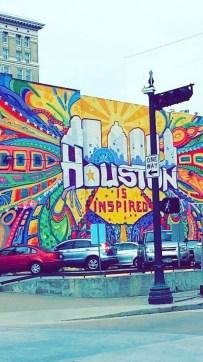 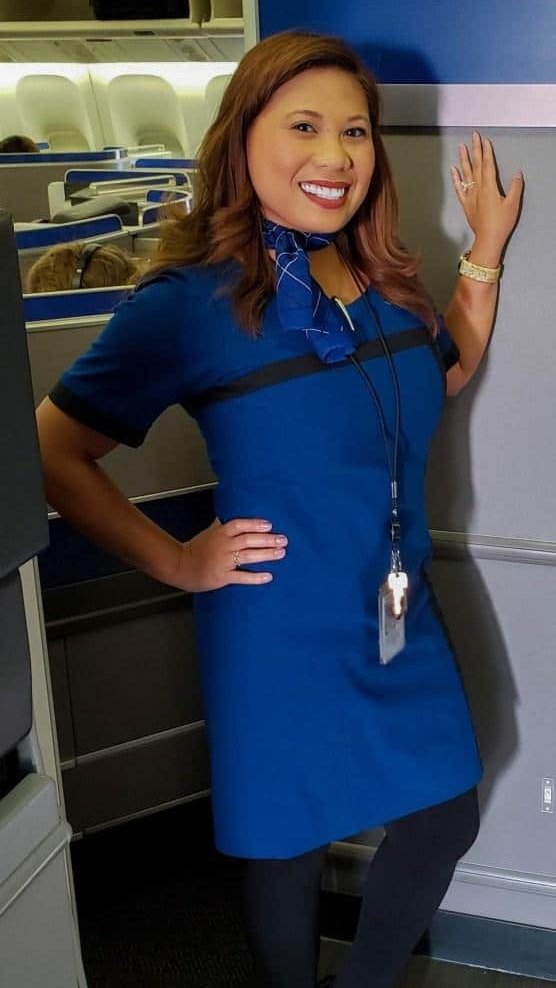 This is the most important thing to remember. It’s very important to have family, friends, and/or a significant other to support you. It’s not like you’ll be able to come home every night. There’s a very good chance you will be moving.

As far as having a support system, make sure you surround yourself with people who lift you up and support your dreams and ambitions. If you receive any negativity about this job choice, remember it’s your life. Comparing yourself to others will put you into depression. This is your one life to live and only you can make yourself truly happy.

Remember this is a Lifestyle Change

It’s also important to have money saved aside or some kind of second income in the beginning.

The pay when you’re first starting out is terrible when you’re on reserve. It does get a lot better especially when you’re a line holder. I’m lucky because I was able to live with my uncle in the beginning rent-free. I was also able to find very cheap places to live in San Francisco.

This is Not just a Job

Being a flight attendant is not just a job. It’s a complete lifestyle change. You’ll always be on the go and practically living out of your suitcase. Jumping from different time zones, fighting jet lag, meeting all kinds of new people every day, and learning to be by yourself most of the time.

I was such a social butterfly before this job. I still am, but I’ve learned to be a lot more independent. I’ve also learned so much about myself and I’ve embraced being alone most of the time. It’s definitely needed when I’m always on the go.

You’ll also learn who your true friends are. I lost touch with a lot of people after I got this job especially when I was constantly moving. Your true friends will always be there for you and support you if they’re really your friends.

Come Fly with Me!

There are also lots of videos on flight attendant life on YouTube and articles you can read online.

If you think the flight attendant life is the career for you and you want to see the world, take the next step and apply! 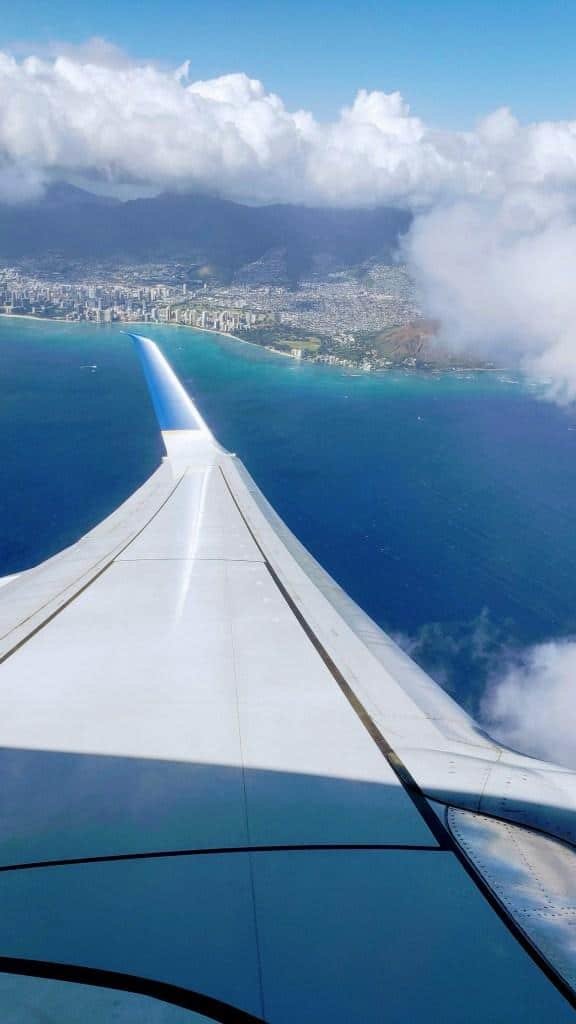 Hello! I'm Dianne and I’m a Flight Attendant trying to cross off as many destinations on my bucket list as possible. I've always had the travel bug for as long as I can remember. My goal is to share my budget travel tips from a female Flight Attendant perspective with you all!

Are you ready to go? Check your flights with StaffTraveler, pack your stuff and have a wonderful time! 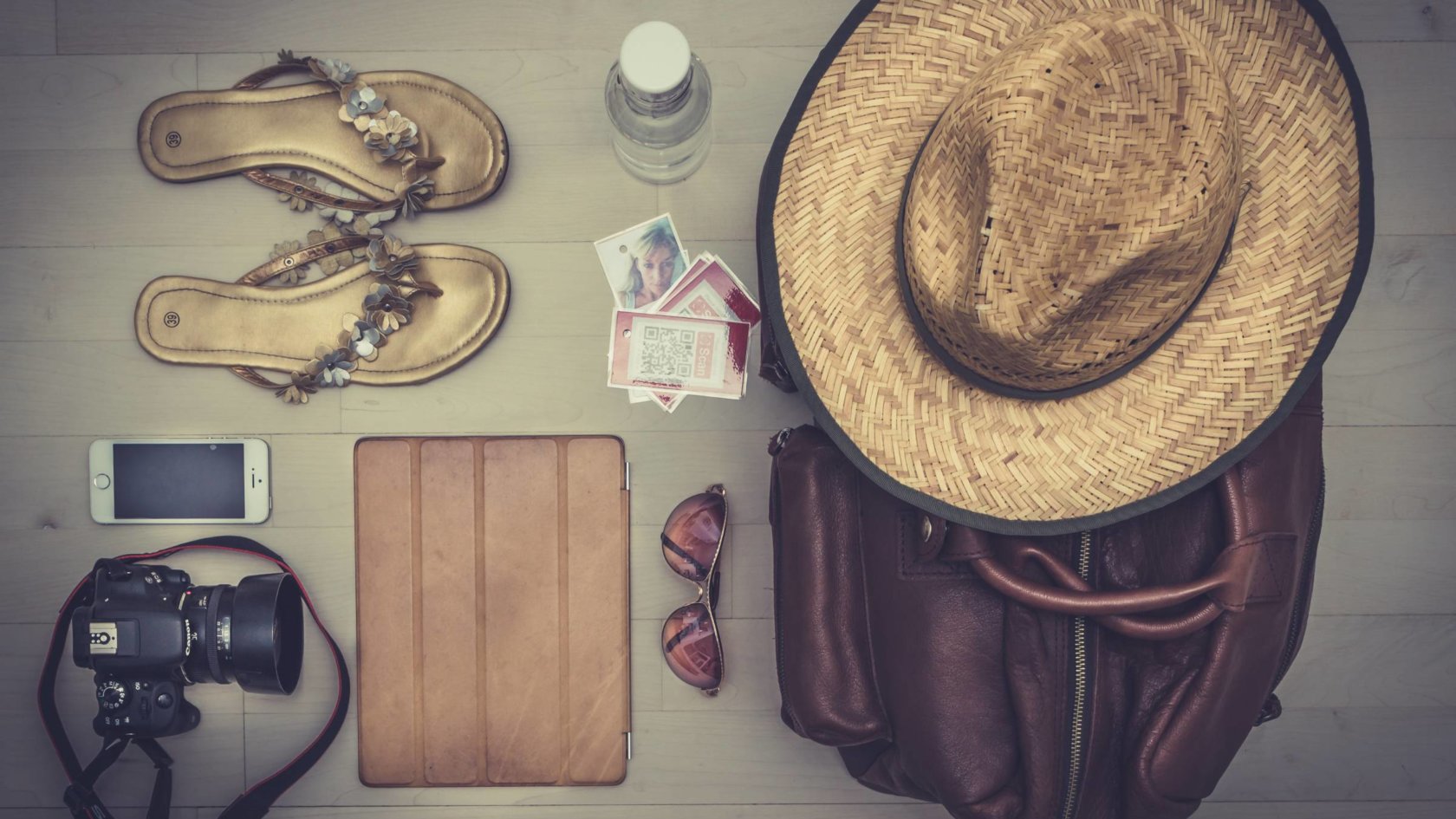 The holidays are upon us, which means that holiday travelers are about to… 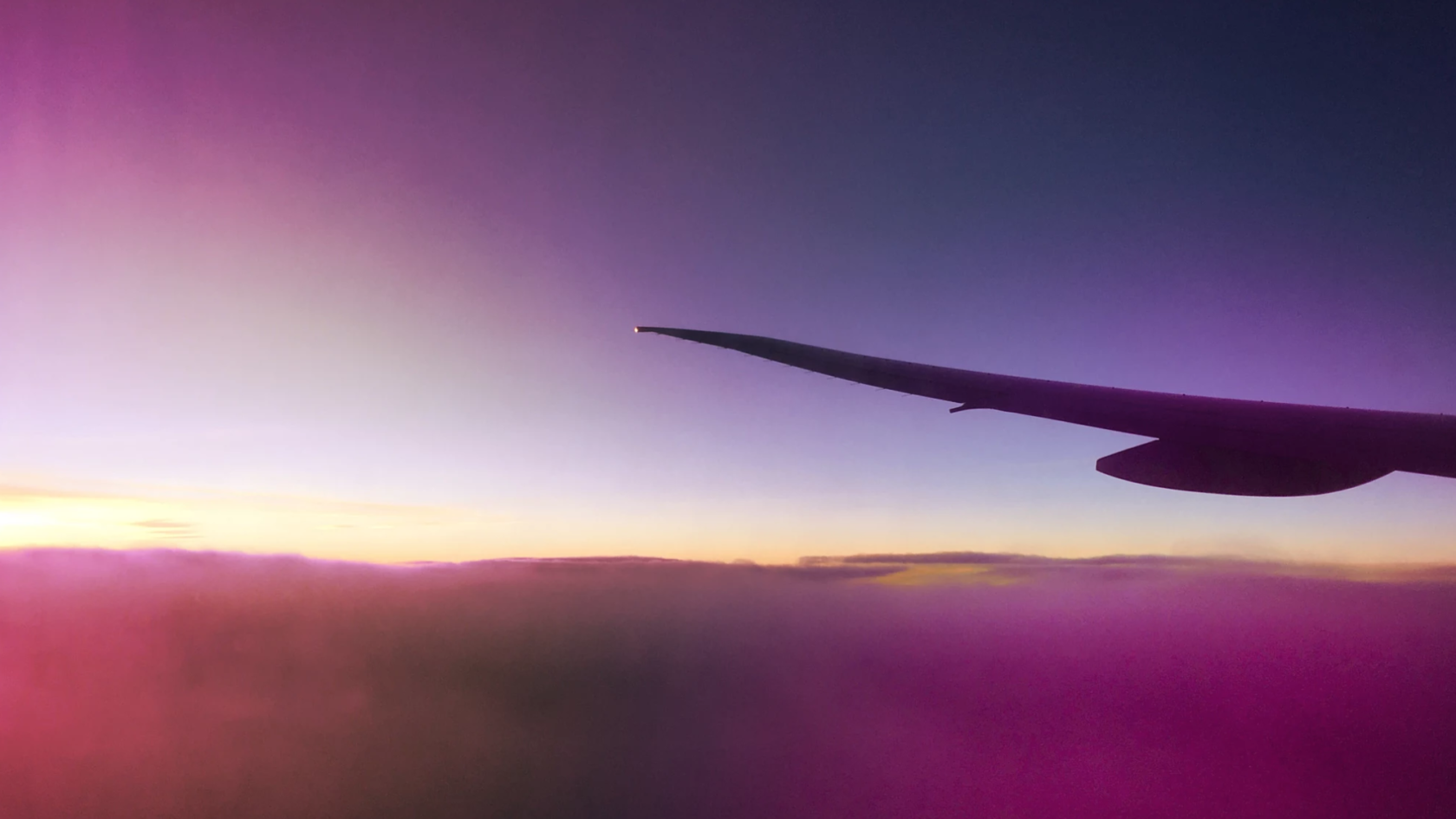 Our crew life... It's all about love, discipline, dedication and coffee.

by Yannick SilvaFlight Attendant at Binter 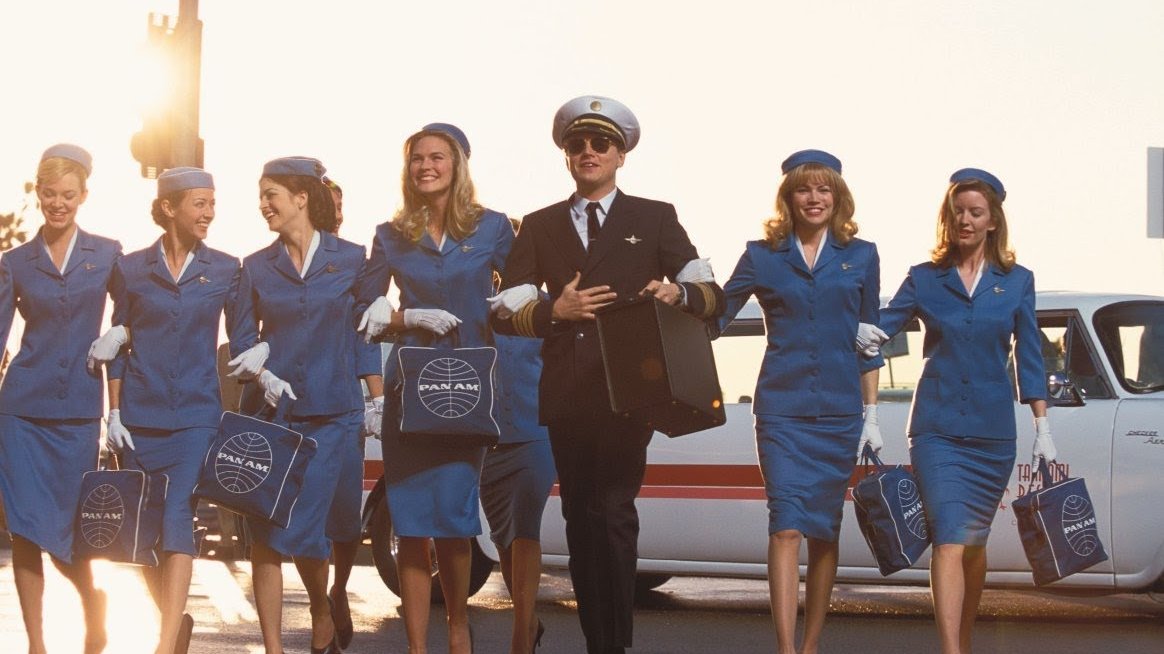 15 Reasons why you should date a flight attendant